When is it the time to keep things steady and when is the right time to rock the boat to make an impact?
Glasgow & West of Scotland
In-person
Networking

Brave leadership comes in all shapes, sizes and scenarios and often through more surprising routes… as in this case a marketing campaign.

What can a brave, challenging and thought provoking campaign do for your objectives, your organisation and the wider community?

When Police Scotland launched its “That Guy” campaign in 2021 its purpose was quite simply to urge younger men in particular  to take responsibility for their actions to help affect a positive cultural entitlement  change against women. It didn’t pull any punches.

At the time it created discussions, debate and huge reflection. IoD Scotland invites members and guests to hear from Deputy Chief Constable Malcolm Graham who was instrumental behind the campaign, and to give you insights into what to expect for your own leadership and organisations if you are looking to commit to bold action.

Buy in, support and endorsement around the board room table when it comes to big and bold leadership decisions  was imperative for this campaign. Leaders need to ask themselves do they have this within their own organisations?

Outline of the session 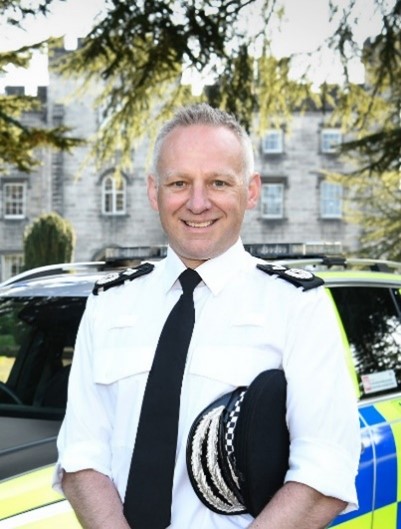 In February 2019 he developed and led a new portfolio responsible for leading Partnership, Prevention and Community Wellbeing, developing new approaches to working with other Scottish public services to achieve better outcomes for communities.

In August 2016 he was appointed ACC Strategic Change and led the development of Police Scotland’s 10 year strategy, serving a Changing Scotland. This included unprecedented, nationwide public consultation during which time he was also responsible for driving operational delivery and change.

In 2013, just in advance of the inception of Police Scotland he was promoted to ACC for Major Crime and Public Protection, having been divisional commander for the City of Edinburgh.

He led the highest profile serious crime investigations across Scotland and led significant change and improvements to policing approaches in key areas such as sexual crime and historic child abuse investigations.

Previously an officer of Lothian and Borders Police, Mr Graham was Head of the Criminal Investigation Department, tackling serious and organised crime, major crime investigation, counter terrorism and intelligence having joined in 1995.